For those of you that don’t know, I’m an avid war gamer. My company of choice is Games Workshop and I play either Warhammer 40k or Age of Sigmar at least once a week. Thursday nights, I kiss the fiancée goodbye and whisk off to my friend Dave’s place to drink beer and throw some dice. We’ve amassed a decent gaming club and I really enjoy playing with these guys.

I figure I’ll blog about GW and my Thursday night shenanigans in good time. This blog post is about creating my first Batman: The Miniature Game’s crew.

Batman: The Miniature Game is the creation of a Spanish company called Knight Models; it’s a smaller company that really bangs out some great looking models. They make the Batman game, a DC Universe miniature game, and they are about to release a Harry Potter miniature game.  Fun fact, they used to make a Marvel miniature game that used the same rule set as the DC game, but Disney unfortunately  killed the license. You can still find some of the models on EBay; just prepare to pay for them.

Anyway, my first crew, behold The Brave and the Mold! 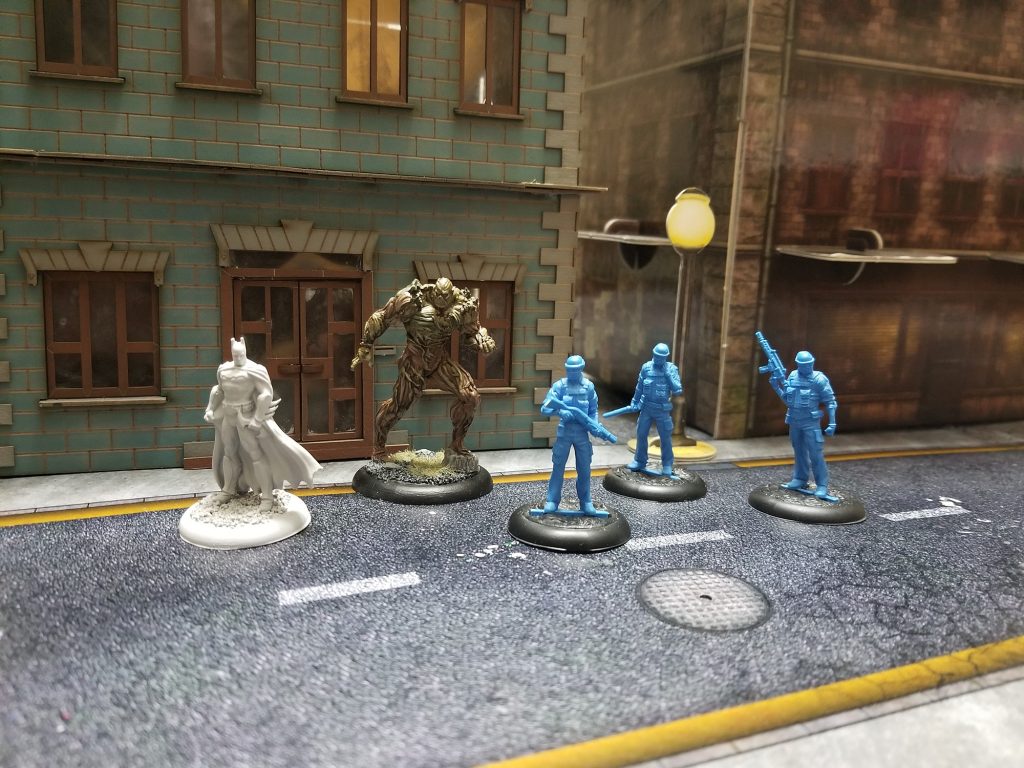 We have Batman, Swamp Thing, and 3 Arkham Guards. It clocks in at 344 points (average game sizes are 350pts.) and as you can see I only have Swamp Thing painted. The miniatures have a great deal of detail and I can honestly admit I’m a tiny bit intimidated. Luckily finishing Swamp Thing has helped with my painting confidence and I’ve already got Batman primed to paint next.

I have no idea if this crew is effective; hell, I’ve only played this game once.

Anyway my next post should be of a painted Batman and hopefully I’ll get a game in as well.

Facebook Comments
Liked it? Take a second to support Hunter Black on Patreon!